Newel Knight lived from September 13, 1800 to January 11, 1847. He met Joseph Smith in 1826 and remained close friends with him until Joseph’s death. He was directly involved in some of the early events in church history, so his autobiography and journals are valuable to historians. However, these have only been available in manuscript form, in several different versions, which have made them difficult to use. This book amalgamates them in a coherent form and provides a transcription that can be better understood and cited.

The book splits Knight’s writing into five parts, covering different chronological periods of his life. Each section has an introduction with a biographical summary. Editorial remarks are given in footnotes, and spelling and punctuation are generally retained, except in cases where the editors felt clarification was necessary (which to me seemed inconsistent, and in at least one case, possibly incorrect[1]).

There are many things included that are important, such as a letter from Joseph Smith that has not been published in the Joseph Smith Papers Project, Christ’s appearance in the Kirtland Temple[2], many accounts of healings, the aftermath of the martyrdom of Joseph and Hyrum Smith, and the exodus from Nauvoo. Despite his human imperfections, Knight comes to life as a role model worth emulating with his tremendous faith, even during discouragement, and always remembering to be grateful for the blessings that followed.

I found this particular episode of 1839 in Nauvoo to be very interesting, involving his wife Lydia: END_OF_DOCUMENT_TOKEN_TO_BE_REPLACED 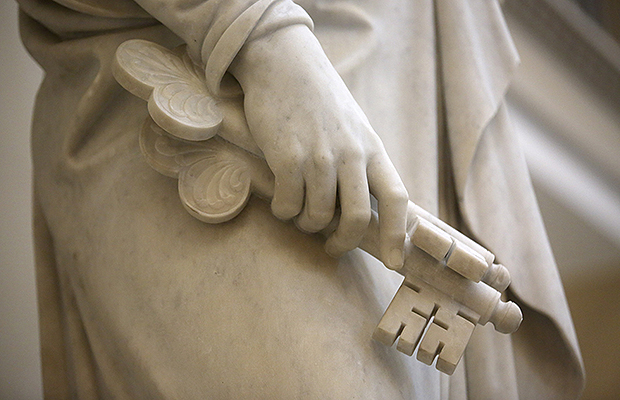 As my contribution to your home centered study of 1 and 2 Thessalonians this week, I theorize about what happened to early Christianity after the death of the apostles. As leadership in the early Church transitioned from apostles to local bishops, the priesthood keys[1] bestowed on Peter(Matthew 16:19)  and the apostles (Matthew 18:18) were lost. The primary evidence of the apostasy is modern revelation. Joseph Smith and Oliver Cowdery claimed to have received visits from heavenly messengers and we are challenged to prayerfully seek after their own spiritual witness of claims regarding authority. An examination of ancient history can at best demonstrate plausibility and not proof of the apostasy. Those expecting the latter-day church is a carbon copy of an ancient church organization will be disappointed.[2] Wendy Ulrich, Ph.D., M.B.A., has been a psychologist in private practice, president of the Association of Mormon Counselors and Psychotherapists, and a visiting professor at Brigham Young University-Provo. She founded Sixteen Stones Center for Growth, which offers seminar-retreats for Latter-day Saint women and their loved ones (see sixteenstones.net). Her books include Let God Love You; Weakness Is Not Sin; Habits of Happiness; The Temple Experience; Forgiving Ourselves; and national best-seller The Why of Work, coauthored with her husband, Dave Ulrich. Wendy’s newest book is Live Up to our Privileges: Women, Power, and Priesthood, published by Deseret Book.